Avatar – Master of Elements is a virtual reality multiplayer fighting game, achieving high player immersion through full body tracking. This is made possible through the use of a Microsoft Kinect, which records the player’s movements during gameplay. The players perform movement sequences inspired by martial arts in the real world to summon abilities of the four elements (earth, water, air and fire) in the virtual environment. Players unleash elemental abilities to attack their opponent or defend themselves from incoming attacks.

This game thrives on the illusion of actually being that powerful Avatar, capable of summoning elements. To achieve this, a high level of player presence is required. One of the most important aspects of player presence in virtual reality is the user interface.

This game was used in parallel to test in a pilot study whether virtual reality players prefer diegetic or non-diegetic user interfaces and how much they influence gameplay and the flow of information. The results show a preference for integrating GUI elements into the virtual environment instead of using a standard head-up display (HUD). 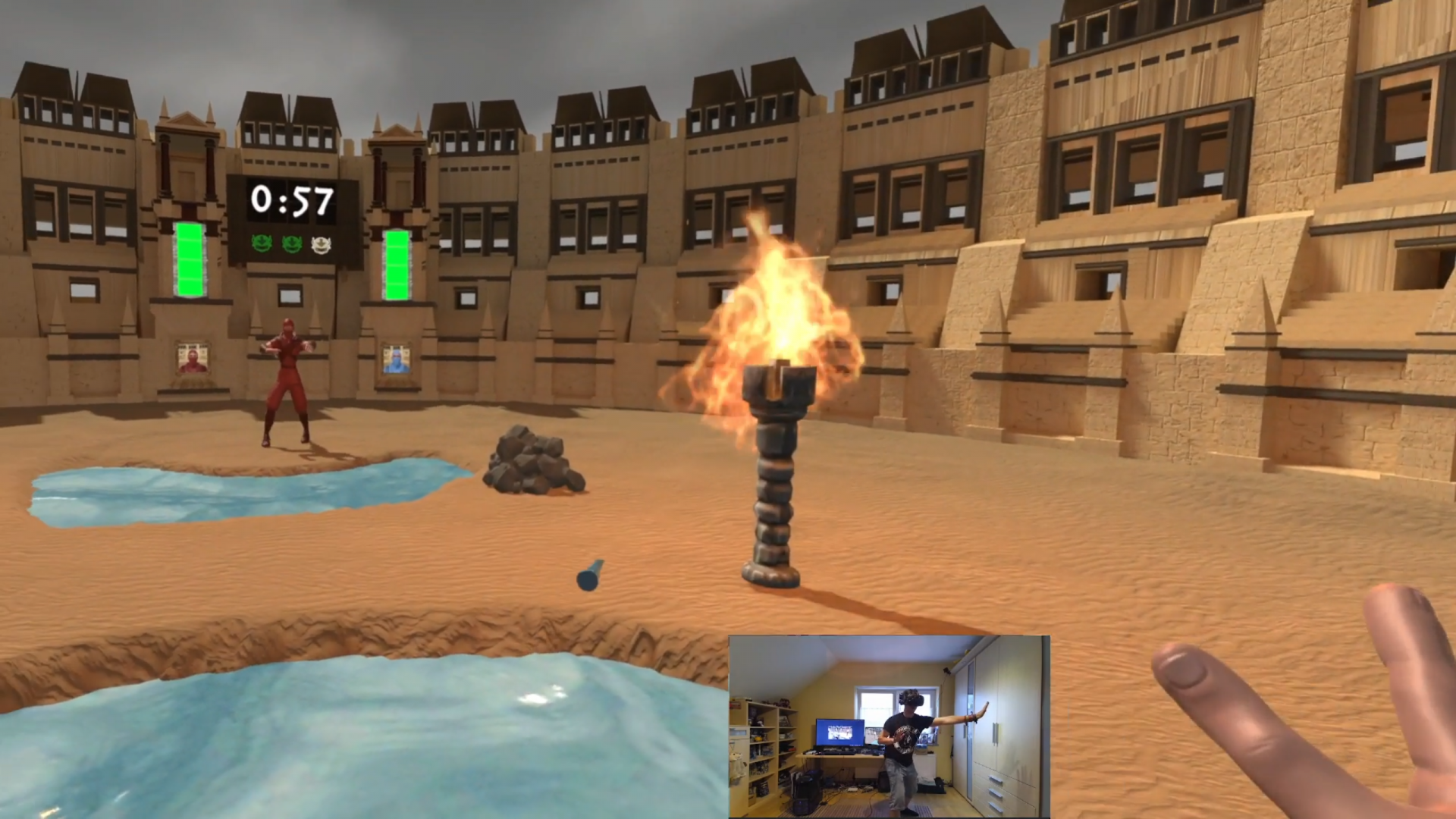 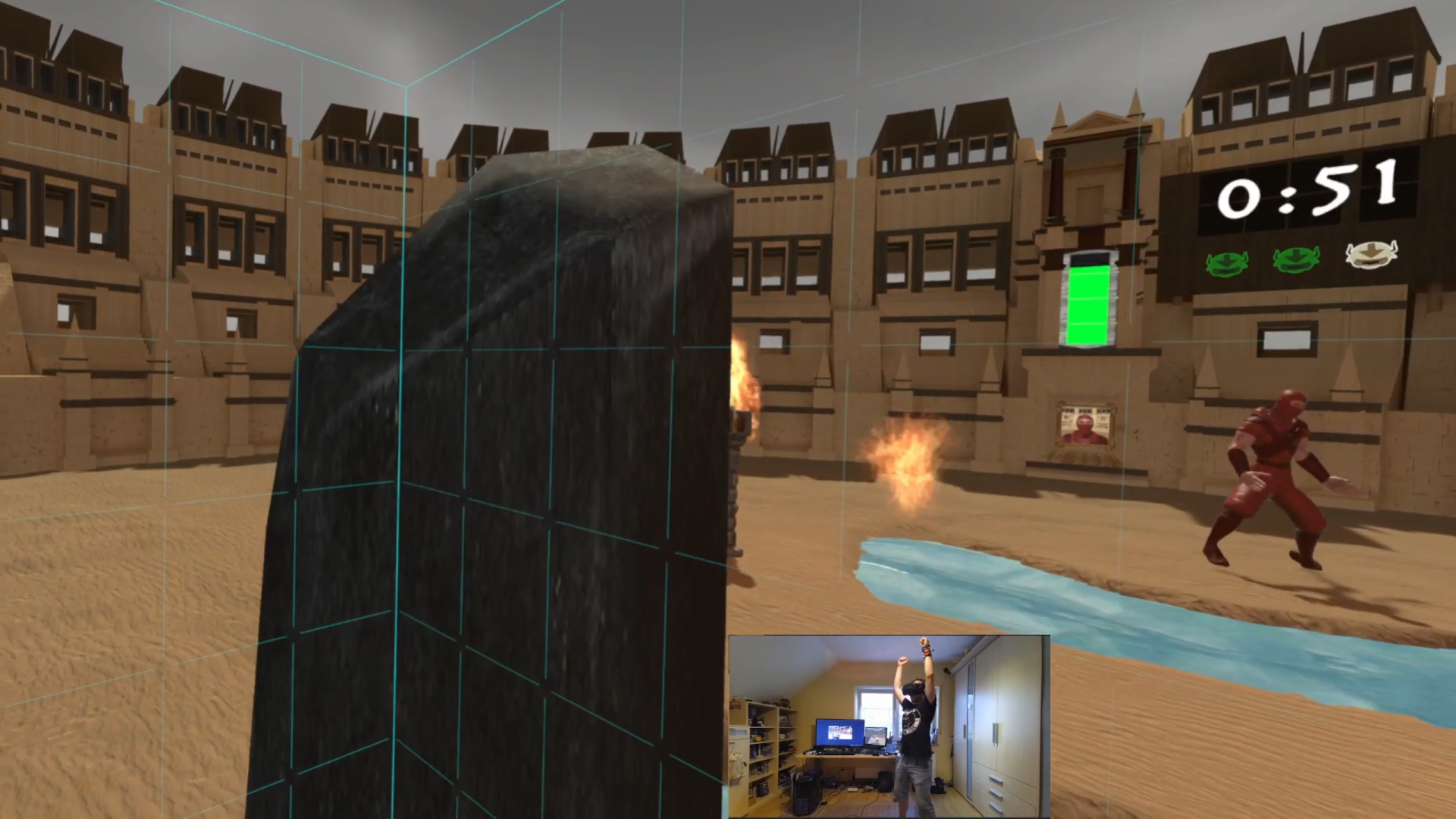 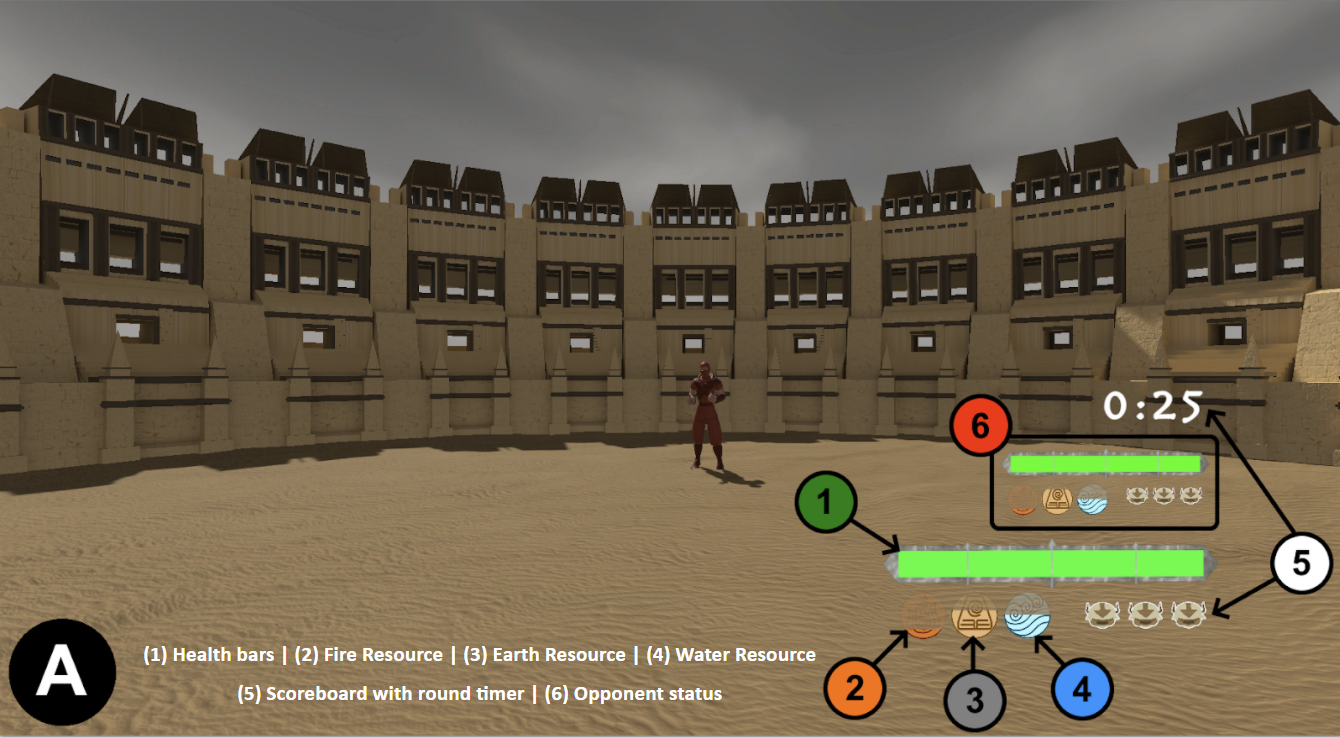 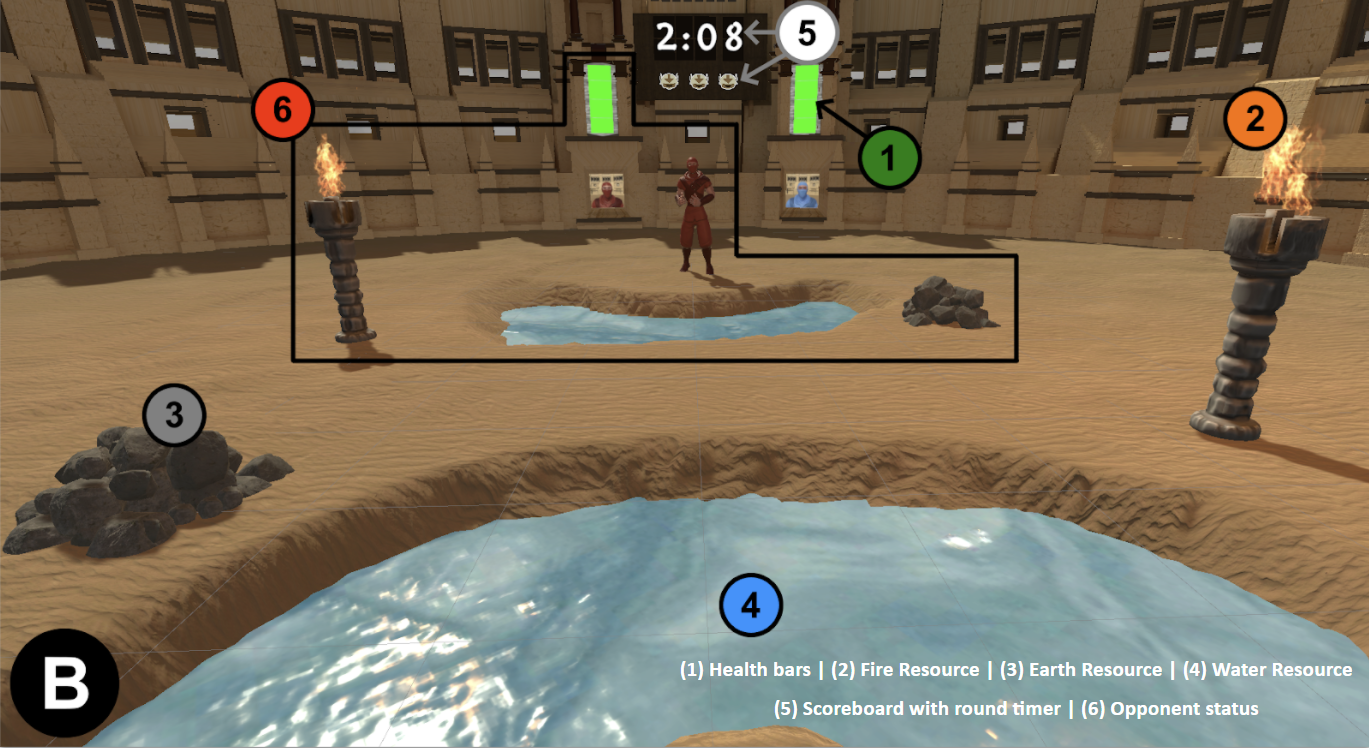